true
Skip to Main Content
true false true false
*** RickyKAZAF limited offer: Purchase selected product and use promo code【RICKY】to get free gifts valued at HK$410
** FREE delivery on all orders in Jan
Upon purchase $800 can pick extra 3 Minis up to $400!

Seaberry oil, also known as seabuckthorn oil, is rich in omegas 3, 6, 7 & 9 and helps to protect and soften the skin. Extracted from the yellow-orange fruits of the seabuckthorn shrub, this highly nourishing oil absorbs with ease.

“When I was just two years old, living in a small town in Eastern Siberia, I accidentally tipped over a pot of boiling water. My arm was badly burned, and I was rushed to the doctor who treated my wounds with a pasty orange salve that I later learned was seaberry oil (also known as seabuckthorn). Extracted from a plant native to Russia and the Himalayan region that actually thrives in harsh conditions, this nourishing oil has been used for generations as a natural cure to treat a variety of skin conditions. To this day, I am still amazed that I don’t have a single scar from that severe injury.” 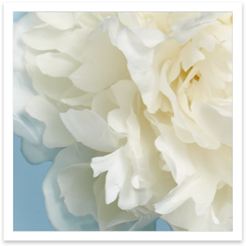